In cooperation with TodaysArt (2007), Den Haag and the Japanese artist Akinori Oishi, Pictoplasma conceived and produced a truly interactive installation of taming and repulsion. The Character Ride enables visitors to enter an intriguing world of a seemingly harmless archetypical being and witness the simplest of icons coming to life. But be aware:  Cute can hurt… as the installation is powered by a monstrous machine!

After its premiere at TodaysArt, “The Character Ride” made a reappearance at the Pictoplasma Festival Berlin (2007), where Geisha-gone-singer Hanayo attempted the impossible: She agreed to perform her live-act while in full gallop. Since then the installation had the honour of shaking off “It-Girls” Julia Allison and Meghan Ashaat at the DLD Conference in the Haus der Kunst, Munich; nearly knocking out it’s own creator Akinori Oishi at the opening of “Prepare for Pictopia” in Berlin; as well as disgracing numerous courageous attendees of the Internationaal Beeldfestival, Rotterdam (2009) or the Fashion Net Night (2011) in Düsseldorf. 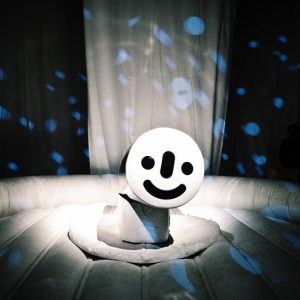 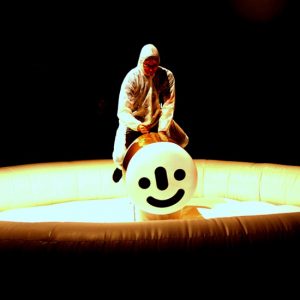 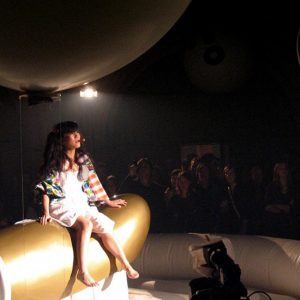 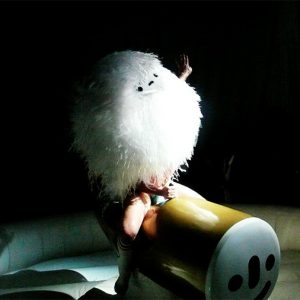 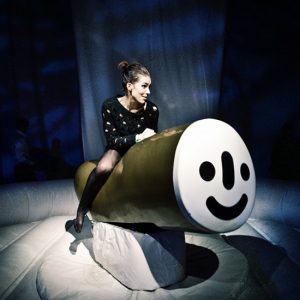 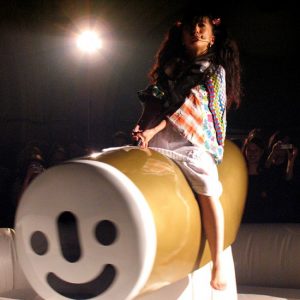