In 2006 Pictoplasma transformed the most captivating, screwball and outstanding graphical characters of the times into fantastic costumes. Padded, hydraulic or helium-filled, the creatures literally came to life. Based on the designs of illustrators from Buenos Aires, Miami, Barcelona, Toronto, Osaka or Paris, the new inhabitants of the virtual PictoOrphanage allowed real-life donors to sponsor them – and thereby enable the production and birth of corporeal characters from the realm of the digital image.

Dancers and performers under the direction of choreograph Jared Gradinger (Constanza Macras / Dorky Park, Berlin) explored these new life forms and their individual character. Freed from the binds of storytelling and advertising, the characters developed their individual will, which they have proudly demonstrated in the 60 minute performance piece “Get into Character” on stage of the Haus der Berliner Festspiele. Meanwhile, the orphans have absolved countless guerrilla style interventions and made memorable appearances in all corners of the globe, from France, the USA, The Netherlands, Sweden, all the way to China, turning the urban streets into a main stage for their adventures. 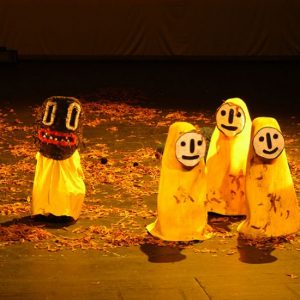 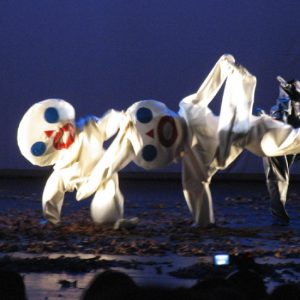