In 2005, Pictoplasma was commissioned to brand the re-launch party of the 1916 Lucky Strike packaging in Olso. The idea of the party was to recreate a classical “Green Ball” of the early 20th century, albeit with a modern, contemporary character twist. The “1916 Green Ball” theme referred to the original Lucky Strike packaging in 1916, when a Green Ball held in New York was set up and hence raised sales.
The concept incorporates the idea of blending the old and the new: an eclectic mix of the 1916 time, the Green Ball theme and a keen expression of contemporary graphic illustrations, street art, character design, club culture references and contexts, with a strong focus on adult Manga type cartoon and – obviously – the colour green. The resulting life sized stand-up characters and a vast amount of over-sized props created by Pictoplasma in close cooperation with artist dub99 where set up at a ballroom in Oslo, while the aesthetic was integrated across all elements of the event starting with the invitations through to the gifts. 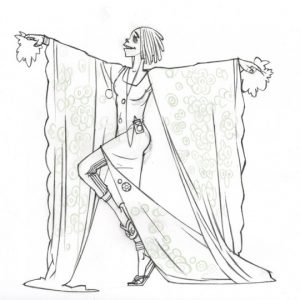 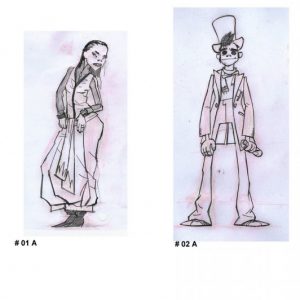 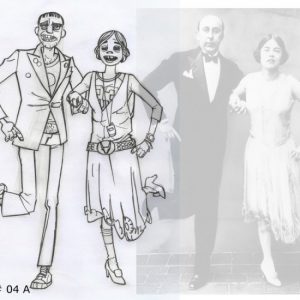