Every hour lights gradually faded in the exhibition hall, while the central arena came to life in an illuminated fire-work of sounds, lights and colours. The dodgems awoke and invited visitors to hop in for a truly psychedelic ride. Accompanied by a special, 6 channel soundtrack composed by Künstler Treu, a synchronised light-show revealed the previously hidden multilayered inhabitants of the graphical arena designed by Steve Alexander from the art-collective Rinzen. 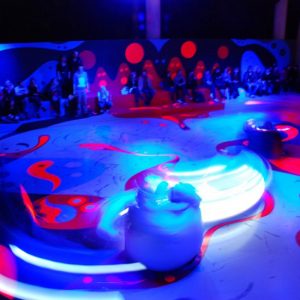 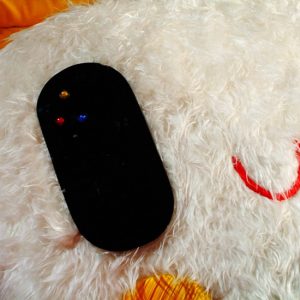 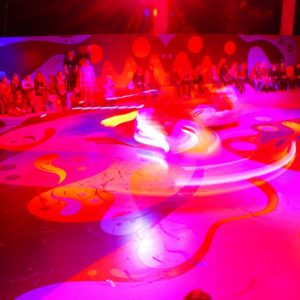